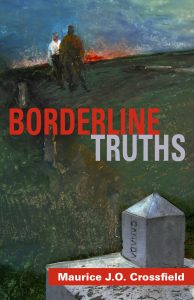 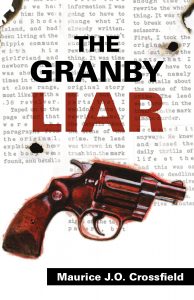 Borderline Truths: the fates of two fatherless men are entwined into a story about loss, betrayal, and redemption

If The Granby Liar was a dark read, then its sequel, Borderline Truths, is downright bloodthirsty. Maurice J. O. Crossfield’s most recent novel entangles its protagonist, Dave Rogers, in an all-out mafia war brimming with violence, blood, and broken bones. Borderline Truths is also more expansive than its predecessor, as it ties together several disparate narrative threads into a single revenge plot centering the decades-old murder of a shady police officer. In Borderline Truths, Dave further compromises his values, becoming increasingly implicated in Quebec’s criminal underworld. In these novels, “criminal” doesn’t always mean bad, and “cop” doesn’t always mean good, as readers will learn time and time again. With a large cast of colourful characters––many of whom will win readers over with their crooked charms––there’s never a dull moment in Crossfield’s steely debut and its gritty sequel.

Borderline Truths is the second book in the Townships Noir Trilogy. It is being co-released in November 2022 with the re-release of the debut novel The Granby Liar which launched the series.

The Granby Liar: a gritty mystery novel that’s hopeful about the power of words

Criss-crossed with crime, Maurice J. O. Crossfield’s gritty debut mystery novel The Granby Liar is dark, brooding, and filled with unexpected twists and turns. Dave Rogers, a fresh graduate of McGill journalism school, is about to learn just how serious a job reporting can be. He grudgingly settles for a position with the Granby Leader-Mail, a biweekly small-town newspaper located near his birthplace in the Eastern Townships of Quebec. The paper’s one claim to fame is its reputation for shoddy journalistic integrity, earning it the nickname the “Granby Liar.”  Dave assumes he’ll be writing sleepy small-town stories, but he soon finds himself enmeshed in the region’s seedy underworld, having caught the attention of local crime boss Stubby Booker. Long-buried secrets about Dave’s family history further implicate him in the illicit goings-on about town, and soon enough he’s typing up––and living out––stories far more serious than he had ever anticipated. Yet, despite the bleakness of the stories he’s writing and potential threats to him and his family, Dave remains hopeful about the power of words to shape history.  Set against the turbulent backdrop of a post-FLQ Quebec, much of the novel’s plot hinges on the emergence of a new anglophone terrorist group, the People for an English- Speaking Quebec. In this way, The Granby Liar proves an unlikely crime novel––one in which words and language are viable weapons.

The Granby Liar is the first book in the Townships Noir Trilogy and its sequel Borderline Truths is being co-released in November 2022.

Born and raised in Quebec’s Eastern Townships, Maurice J. O. Crossfield spent nearly 15 years as a daily newspaper reporter at The Sherbrooke Record. He then struck out on his own to work as a professional writer, translator, and editor of Harrowsmith’s Almanac and Harrowsmith’s Gardening Digest. Not content with a single line of work he has also worked as an auto mechanic, handyman, forestry worker and organic gardener. He lives in the quiet hamlet of West Brome with his wife, musician Sarah Biggs, their two kids and an assortment of dogs and cats.