Maud and Me, by Marianne Jones

“Maud and Me” would appeal to fans of Lucy Maud Montgomery, as well as people with an interest in how traditional societal pressures have shaped, and continue to shape, expectations on women. For those who love the natural geography of rural Canada, this story will appeal, with its descriptions of northwestern Ontario and the stark, amazing north shore of Lake Superior.

In the early 1980’s, the women’s movement hasn’t yet reached conservative Northwestern Ontario. Nicole deals with her frustrations through her painting and subversive sense of humour, even as she tries outwardly to please everyone:  her well-meaning husband Adam, her angry, distant mother, and the congregation of Marathon Community Fellowship. When she becomes desperate for someone who understands, Maud shows up in her garden. Over cups of tea and long drives along the north shore of Lake Superior, they compare notes and hilarious observations about congregational life. But then news of her father’s death and the discovery of her mother’s betrayal drive Nicole to question everything about her family, her life, and even Maud.

Marianne Jones was born and raised in Thunder Bay, Ontario, where she lives with her husband Reg. Her work has appeared in Room, Wascana Review, Canadian Living and Reader’s Digest, and won awards from the Canadian Authors Association, Writer’s Digest, and others. Her as-told-to memoir, The Girl Who Wouldn’t Die, won the 2015 Word Alive Press publishing contest. Much of her writing celebrates the unique beauty of Northwestern Ontario. She and her husband love music, live theatre and ballroom dancing. Together they have two daughters and two granddaughters. Marianne is currently at work on a mystery set in Thunder Bay. 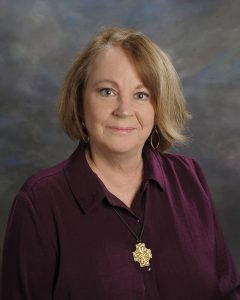 1 review for Maud and Me, by Marianne Jones